(Hey…if you missed the preamble and context here and are thinking, ‘what the hell is going on here?’ then, have a look at Part 1)

‘So, Mr Pain. It appears that the break is healing although not fully back to rights. I hope you’ve been adhering to my recommendations for complete rest?’

‘Well, yes…for the most part’

‘Ok then, I suggest, before I make any further recommendations about your upcoming event, that you do some light training and then we can reassess.’

So, that weekend my good buddy and I set out to climb a one of the highest Munros in Scotland, in the snow, ascending in darkness. As one does.

It’s ok, we’re not morons, we planned out our nutrition for such an endeavour and made sure to respect the mountain and its inherent dangers.

(Note – I should say that, despite all this silliness, I’m very well aware of the dangers of mountaineering and although the evidence says otherwise, we were actually sensible and careful…for the most part.)

And so began my attempt at salvaging my attempt at the double of The Spine Race and The Arc Of Attrition. We were back and, now we had a whole 7 weeks to prepare for nearly 400 Miles of running!

So, how on earth do we start? Well, fortunately for me, the team at CHP had been on top of everything up to here. Although I hadn’t been able to use my leg, I had been able to keep CV conditioning up to a certain degree and my base in that regard was overall very good having been attended to throughout rehab. Some measure of strength endurance work (with a little obvious restriction) had also been looked after via work in the gym. Unfortunately for me, the parameters for degradation of each of these elements worked against me somewhat being that overall aerobic capacity and strength endurance, once laid down from an athletic perspective, will take longer to ‘detrain’ than direct sports skill training which can probably be regarded as our most important factor and can degrade relatively fast.

By which I mean, the one thing I hadn’t done was actually ambulated anywhere without a ruddy great moonboot on for the better part of 5 months!

Now, you may be reading this and thinking, ‘wait, ultimately all this guy has to do is run/walk so surely the skill element is covered under the banner of just being a human being?’

Well, no. Not really.

Sure, If all I want to do is walk and run for a bit without any other issues to worry about then I might be ok but I want to continue doing so for an inordinate amount of time and the accompanying distance so really, I want to be as efficient and strong as possible, which requires practice. I mean, how many of us have seen folk stumble over the finish line after a half marathon looking like they’d been attacked by a gang of randy bears a mile or so back? Now multiply that distance by 30 and consider the bears to have been just released from a penitentiary!

If we add to this the fact that I’ve been walking for a huge portion of the year with a wild limp and an offset caused by carrying an injury and wearing a moonboot then, I’ve actually been practicing walking with an extremely altered gait (good name for a band?) for a considerable timeframe. 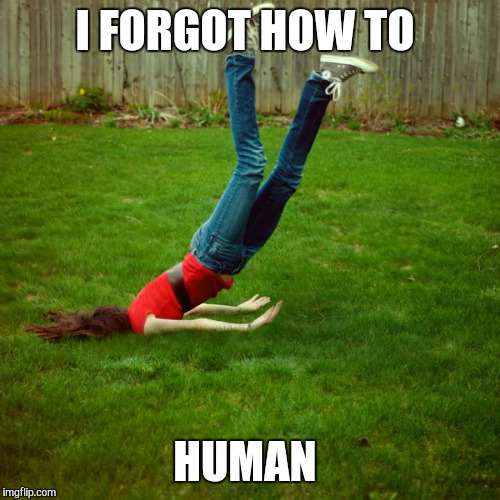 So, we set off for the hills again! Walking for a couple of hours at a time to start with then pushing the pace and adding in some trickier terrain and extra load.

It’s at this point that the aforementioned altered gait (copyrighted) becomes an issue and I start to experience a little discomfort in my left leg.

*Just to bring you back up to speed, it was the right leg that was broken and in the moonboot meaning the left has been doing all the work for months. You may remember though that this leg is an absolute mess and had all that surgery all those times on it. I know, right!

Yeah, that stupid leg has been in charge and chooses now to start staging a protest. I can push through but it’s really starting become bothersome and pain has referred to the left tib ant causing ankle flexion to be a problem.

So, I have to rest. At maybe 3 weeks to go and I need to rest. Clearly, I also need to make a decision.

This is where having a great team around you and, most importantly the counsel of those who know and love you, becomes vital.

Despite having been injured, I’ve pointed everything at this event for the last year and I don’t want to pull out but, I’m too close to this and need to seek the advice of my coaching team, the surgeon, the event staff themselves and (of course) my family.

The coaching team are careful and must take everything into consideration so, after discussions, we agree to review when I’ve spoken to the surgeon and the event team.

The event team are practical and assure me that, as long as the surgical team clear me for activity, I’m good to go. Before entering an event like this, great effort is taken to ensure that, should the worst case scenario occur, all athletes are capable of managing the environment and the risks therein and that they are capable of navigating themselves out of difficult situations relying only on mountain rescue if the worst possible outcome where to present itself. Stringent background checks are carried out as well as full medical reports and, I’ve kept them abreast of the situation up until this point. Ultimately, the decision to take part is mine alone after I have demonstrated no physical impediment is present.

So, its down to the surgeon and off to the hospital I trot!

‘Ah Mr Pain, how are you feeling?’

‘Well, sore. And I need your medical opinion and advice. Firstly, can you tell me about the healing of the broken bone?’

“The bone is clinically healed although not fully healed in an absolute sense.’

‘Ok, lets come back to that. Can you take a look at the other knee?’

And so the conversation continued. I’m surprised the surgeon didn’t have a migraine by the end of our meeting being that he rolled his eyes so much and so hard!

The upshot was that he felt that from a medical perspective, under normal circumstances, they’d certainly recommend against running insane distances but, as far as the broken bone was concerned, it shouldn’t be an issue. He did add, ‘I’d be quite happy if it breaks because then I could put a plate in it which is what you wouldn’t let me do in the first place so, break a leg!’ WHUT? Erm, Ok!

The left knee was particularly effused with fluid but he decided that the aspiration of this fluid would be pointless being that I was about to run hundreds of miles on it. In his opinion, the biggest obstacle would be how much pain it presented with and whether I’d cause issues for myself with this altered gait (2nd album due to drop soon).

Back to the coaching team who felt that the surgeon had been the last obstacle for me being that we had covered all parameters of ‘fitness’ necessary for such an undertaking.

Finally, my wife. I explained all the above to her an, although she was naturally concerned when I added the scientifically sound rationale of , ‘Aaaaaaawwww coome ooon! I reeaaaaaallly waaaaaaanaa! Pleeeeeeaaaaassee??’ She understood and acquiesced. 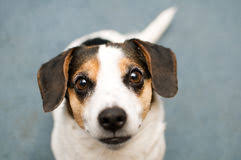 I was ready to go…and go I did!

Catch up in ‘Part 3’ to discover what happened next 😉